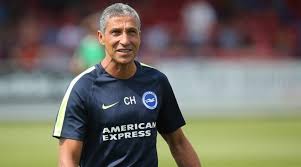 Speaking after the game, Hughton highlighted that the team are not mathematically safe, given Cardiff can still leapfrog them with back-to-back wins despite their superior goal difference at the moment. He added that there was a sense of relief following the draw with the Magpies, considering the performance in the first half was far from impressive.
END_OF_DOCUMENT_TOKEN_TO_BE_REPLACED